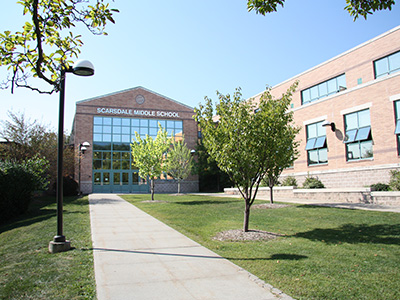 “Teaching and Learning through Virtual Worlds”

A $25,000 grant will expand the use of interactive games in Middle School classrooms, following the successful introduction of these creative educational tools in 2012-13.  Funding will be used for the purchase of existing games and simulations selected by teachers, as well as to enlist programmers and gaming consultants to adapt and create games to fit the school curriculum.  In 2012-13, digital games were already successfully in use to teach units on the Bill of Rights, Roaring 20’s, Roles of the President and Civil Rights, among other topics.

Our Middle School teachers are enthusiastic about the value of gaming and simulations to better engage their students.  Classroom games are used to inspire and motivate students by encouraging their active participation in the learning process.  Teachers find that games encourage creative thinking, offer immediate feedback to the students and provide intrinsic rewards that are customized to each learner’s level, effort and growing mastery.  Through games and simulations tied to the curriculum, students get practice in a virtual world they find inherently compelling and that helps them persevere, learn from their mistakes and set goals for themselves.

Most of the games currently in use at the Middle School are ready-made, though a number of teachers are interested in working with designers to customize and improve them for use in their classrooms.  Students currently work individually, as well as in pairs and small groups, using desktop computers in their classrooms and the library.  During the year, a group of Middle School teachers also visited a Quest to Learn school in New York City’s District 2, where they report their “eyes were opened to the transformative possibility of games and play in the classroom.”

Current Use of Games and Plans for the Future

Middle School faculty, led by the eight teachers who participated in the Center for Innovation project during the past year, now have positive evidence that the use of games and simulations can be enormously effective to engage students and increase learning.  They are planning to expand the selection of games available and experiment by working with a “designer in residence” who would be available on a consulting basis to help them create and/or adapt new digital, board, card and simulation games.

World Language Coordinator Sarah Whittington and Middle School Librarian Sharon Waskow have compiled a report on the variety of games being used to engage Scarsdale Middle School students as well as teachers’ ideas for the future.  Here are highlights: